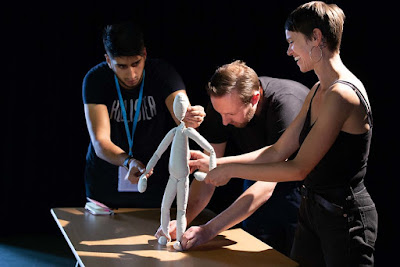 The National Independent Schools’ Drama Association is organised by a committee of teachers, technicians and theatre managers, and we run our annual conference for all those who teach, direct or support classroom drama or co-curricular theatre in the UK independent school sector.


Our conference is an invigorating balance of affordable and professional training, networking opportunities and entertainment.

Our aim: To promote the study and practice of drama and theatre in independent schools

What we do: We hold an annual three day residential conference during the Summer half term hosted by a different school each year providing practical workshops, support and networking opportunities.

Membership: NISDA is open to anyone supportive of our aims as an association and you automatically become a member following payment of conference fees. It lasts for the full year following conference.

A world without theatre in schools? Read more in The Independent

Actors fight to save drama in schools Read more 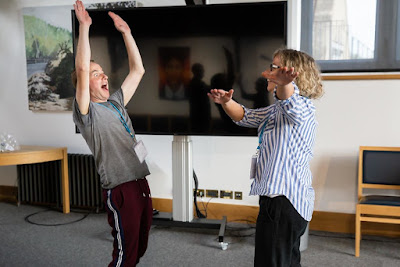 One day, in the late 1980s, I got a letter from Michael Theodorou, at that time, the Director of Drama at Wells Cathedral School. His plan was to get together a small-ish group of Heads/Directors of Drama from HMC School in the Midlands and South of England with a view to explore the possibility of staging an ‘Independent Schools’ Drama Festival’ at some point during the Summer Holidays.

In fact, the conversation in this regard was not fruitful, but the event did highlight the fact that, as a small group of practitioners in schools of a certain type, it was nice to simply get together and share views, ideas etc.

As the newly appointed Director of Drama at Oakham in Rutland (then still part of Leicestershire), I was only too well aware of the fantastic level of support my local colleagues in Maintained Schools were getting from the Leicestershire County Drama Advisory Team. We, in independent schools, had no such mentors, but it did occur that we had a body of experience and skill amongst ourselves that we could possibly share. The seed of an idea was sown.

A little while later, another small meeting happened, largely involving the same people. This time, the gathering was called by a travel organisation which was attempting to run Drama Summer Schools for students in the USA and Canada which, hopefully, could be based in major Independent Schools in the UK. Again, the idea behind the meeting lead nowhere, but the idea of the participants meeting as an informal Drama Group crept a little further forward. Accordingly, a one-day meeting was called at Oakham School on a Saturday towards the end of the Summer Term in 1990. About 98 delegates were present from all over the UK, representing schools from the HMC, the GSA and the SHMIS.
We chatted, lunched and listened to lectures. 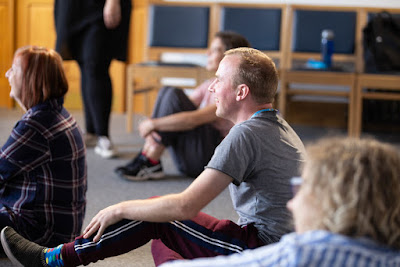 Importantly we also decided that an attempt should be made to form an association, to form a steering committee and to hold a major conference the following year. A rough, very rough!, ballot was held to appoint the committee, an offer to host a full conference the following year at Fettes College, in Edinburgh, was gratefully accepted and a debate followed to establish a name for the embryonic association. After rejecting a number of suggestions as they seemed a little too similar to a supermarket chain, eventually the acronym NISDA was agreed upon – the National Independent Schools’ Drama Association. It does what it says on the tin!

Thus, in June 1991 about 80 folk converged upon Fettes. A significant number took advantage of Peter Broad’s organisation skills and travelled, as The Broad Party, via Eton and the Heathrow – Edinburgh Shuttle. The weekend was a huge success, socially and professionally and it confirmed the wisdom of forming the association. Thereafter, the annual conference has been the highlight of many a Drama Teacher’s year.

In addition to the magnificent hospitality offered by host schools, we have enjoyed some outstanding lectures and workshops. Among the highlights I would list the late Ken Campbell and Steven Berkhoff at Latymer Upper School, Chris Luscombe at Wycombe Abbey, the magnificently eccentric Owen Dudley Edwards at Shrewsbury, and Ben Bennison’s terrific practical work in Manchester.

Of course, behind the scenes, there is a lot of hard work. Clearly the bulk of this involves the organisation of the annual conference, but the informal grouping of colleagues which the Association now provides is, at one and the same time, advice centre, employment exchange and social network. For the many people who made, and continue to make, all this possible, we should, as NISDA moves into its third decade, be very grateful.

Dave Smith, on behalf of the NISDA patrons
Home
Subscribe to: Posts (Atom)